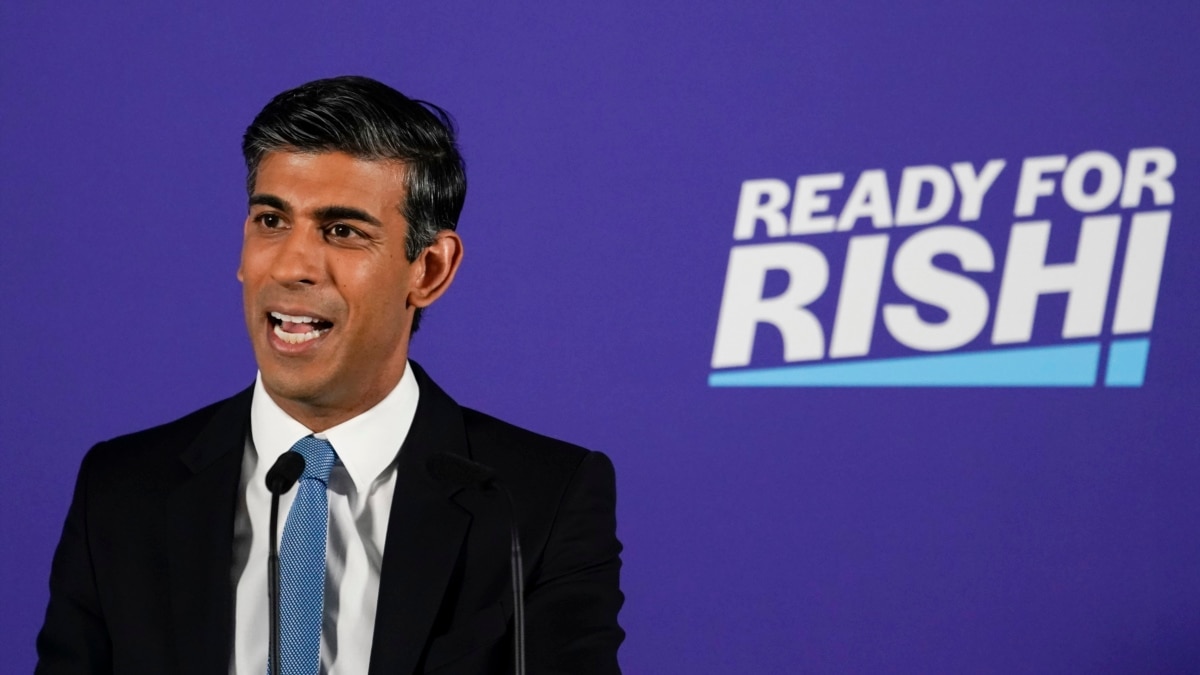 Rishi Sunak vowed on Sunday to crack down on China if he becomes Britain’s next prime minister, calling the Asian superpower a “number one threat” to national and global security.

The former finance minister’s pledge comes after his rival in the ruling Conservative party leadership race, Liz Truss, accused him of being weak in the face of China and Russia.

The Chinese state enterprise world times previously said Sunak was the only contestant with “a clear and pragmatic view of the development of UK-China relations”.

The Daily mailwho has spoken out for Foreign Secretary Truss in the race to succeed Boris Johnson, called it ‘the endorsement no one wanted’.

Sunak’s proposals include closing the 30 Confucius Institutes in Britain, preventing the spread of the soft power of Chinese influence through cultural and linguistic programs.

He also vowed to “kick the CCP (Chinese Communist Party) out of our universities” by requiring higher education institutions to disclose foreign funding over $60,000 and reviewing research partnerships.

Britain’s domestic spy agency MI5 would be used to help combat Chinese espionage, and it would seek to build “NATO-style” international cooperation to counter Chinese threats in cyberspace.

He would also study the case for banning Chinese acquisitions of key British assets, including strategically sensitive tech companies.

Sunak claimed that China was “stealing our technology and infiltrating our universities” at home, “supporting” Vladimir Putin abroad by buying Russian oil and trying to intimidate its neighbors, including Taiwan.

“They torture, detain and indoctrinate their own people, including in Xinjiang and Hong Kong, in violation of their human rights. And they have continuously rigged the global economy in their favor by suppressing their currency,” he said. added.

“Enough is enough. For too long politicians in Britain and the West have rolled out the red carpet and turned a blind eye to China’s nefarious activities and ambitions.

Sunak’s tough talk will no doubt please Chinese hawks in the conservative ranks, who have repeatedly pushed Johnson to stand up more against Beijing.

But it’s also a sign of how desperately Sunak is trying to claw back ground from Truss, whom opinion polls have put high in the crucial vote hunt of the 200,000 rank-and-file Tories.

A winner will be announced on September 5.

Truss also called for a tougher approach, calling on the G-7 to become an “economic NATO” against Chinese threats and warning Beijing of sanctions if it fails to follow international rules.

This matches both MI5 and FBI warnings of an upsurge in Chinese commercial espionage in the West.

Yet UK government policy when Sunak and Truss were in Johnson’s cabinet has already warned against China.

Under fierce political pressure from Washington, he banned Chinese tech giant Huawei from getting involved in rolling out Britain’s 5G network.

Laws have been tightened to make it harder for foreign companies, including Chinese ones, to buy British companies in sensitive sectors such as defence, energy and transport.

At the same time, London acknowledged that China’s power and international assertiveness were here to stay and called Beijing a “systemic competitor”.

In July last year, Sunak himself called for a more nuanced approach to the China debate.

“We need a mature and balanced relationship,” he said in his speech at Mansion House as Chancellor of the Exchequer.

“That means keeping our eyes wide open to their growing international influence and continuing to take a principled stance on issues that we deem contrary to our values.”