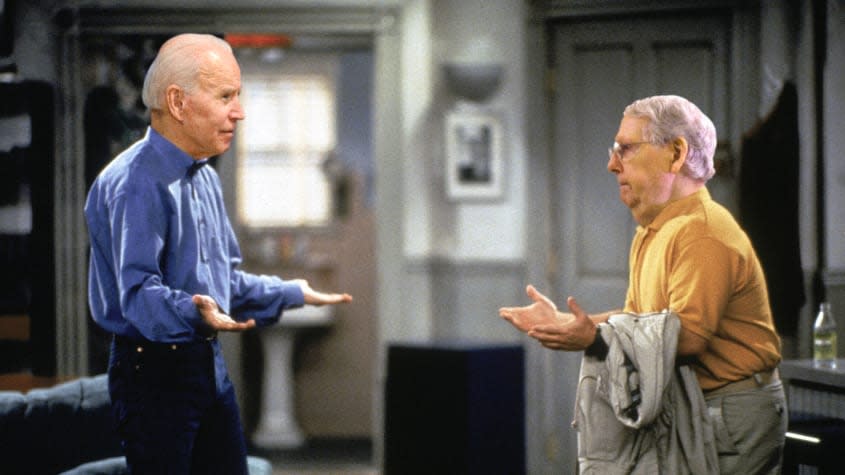 The debt ceiling: a fight for nothing

The United States is once again dangerously close to defaulting on its debt, even though it has no economic reason to do so. During the Obama years, Republicans regularly engaged in debt ceiling scams, demanding that the administration adopt the preferences of the Freedom Caucus. But today, hostage takers have no demands. So what is the fight really about?

Like a Seinfeld episode, this fight against the debt ceiling is for nothing. But it still could do real damage – and it’s not just Republicans who are to blame.

The Democratic position is that Republicans should join in raising the debt ceiling because they share the responsibility for the increased debt – as they undoubtedly do. Raising the cap shouldn’t be political football, but a matter of routine, because the real decisions are made when taxes and spending levels are set by Congress.

Getting together this way would certainly be better than these constant and pointless battles. But getting political coverage is hardly worth risking the full confidence and credit of the federal government. If Democrats could eliminate the debt ceiling problem on their own, it would surely make more sense than joining the Republicans’ incredibly risky game.

And the Democrats had every chance to do it. They could have included an increase in the debt ceiling in the original reconciliation bill, for example, or adopted a stand-alone increase in the debt ceiling through reconciliation. They could remove filibuster for party line debt ceiling bills, just like Republicans did for presidential candidates – or they could remove filibuster from party line. the same way. All of these choices carry political risks, but they are all in the power of the Democrats, and are obviously superior to allowing a default.

So why haven’t they done any? Because they try to force Republicans to assume their role in the government’s fiscal position, and try to force them to admit through a vote what they overwhelmingly admit to the press: that the debt ceiling must be raised, period.

But that’s the advantage of being the ruling party: you have to govern. If the Democrats had wanted to lead by example, they could have lifted the debt ceiling entirely as soon as they got a majority. It would have been the right thing to do, and also politically wise, as it would deprive future Republican majorities of a hostage to take.

Instead, they are playing chicken in order to prove that the Republicans are the irresponsible party. What a responsible thing to do.

The political case of Judge Alito for SCOTUS ‘transcendence of politics