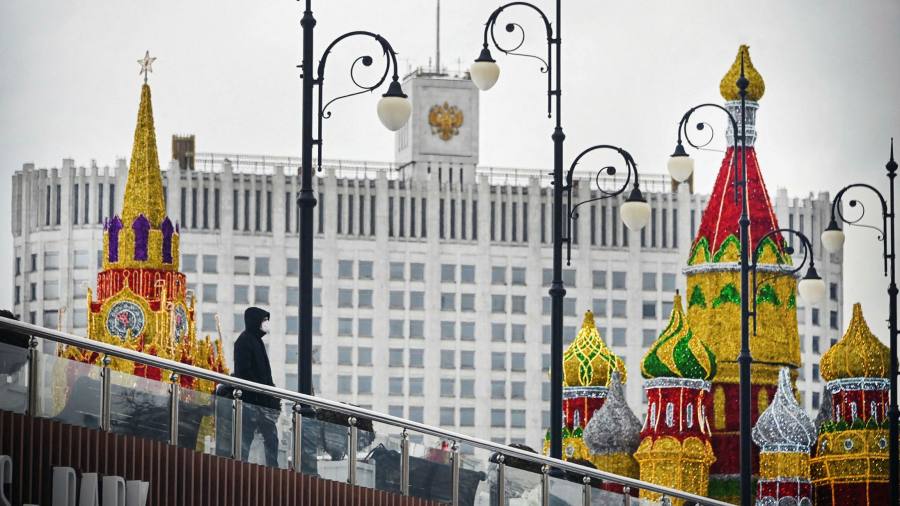 Russia could default on its foreign debt for the first time this century as time runs out for a pair of late interest payments blocked by Western sanctions.

About $100 million in interest on Russian public debt is due to bondholders by Sunday evening, the end of a 30-day grace period in which the country must make the payments to avoid a default of payment.

Russia said it sent the funds to investors, but financial sanctions imposed on the country following its invasion of Ukraine have hampered Moscow’s ability to access crucial market infrastructure and pay foreign creditors .

The impending default would be Russia’s first since 1998 and comes after the US Treasury closed a sanctions loophole last month that allowed US investors to receive payments from Moscow. Forgoing its debt would be a blow to Russia’s prestige and could trigger legal action by some creditors.

“Russia is heading for sanctions default because it invaded Ukraine and is committing war crimes. . . it’s entirely in his ability to determine what’s going on here,” said Timothy Ash, emerging markets strategist at BlueBay Asset Management.

Russia has plenty of foreign currency due to its huge oil and gas revenues, but international sanctions have cut the country off from the global financial system and complicated its ability to pay foreign bondholders.

Payments originally due on May 27 were sent to Russia’s National Settlement Depository (NSD). It would then typically pass them on to international securities depositories such as Euroclear in Belgium or Clearstream in Luxembourg, which settle transactions for clients. However, the EU sanctioned NSD in early June, preventing Western institutions from receiving payments.

Russian officials, including Finance Minister Anton Siluanov, have repeatedly said Western governments are trying to force the country into an “artificial” default and have constantly sought ways around sanctions, saying Moscow would pay in rubles if dollars could not reach bondholders.

“They can say whatever they want, but a contract is a contract and it clearly states how and when it’s honored,” Ash said. “As a creditor you just want your money back, apologies don’t make sense.”

Russian President Vladimir Putin signed a decree this week establishing a new mechanism to make upcoming ruble payments, including an additional $400 million due Thursday and Friday, and then allowing investors to convert them into foreign currency. Unlike some of Russia’s debts, the terms of these bonds do not contain any provision for making payments in rubles.

Although the sanctions have already left little chance of Moscow returning to international bond markets in the foreseeable future, a formal default could still complicate any attempts to issue debt and increase borrowing costs once the restrictions are lifted. said experts.

For foreign holders of Russian debt, much of the harm has already been caused by the collapse in bond prices that followed the invasion of Ukraine. Tatiana Orlova, chief emerging markets economist at Oxford Economics, said the fact that critical sanctions loopholes have been closed makes it extremely difficult for foreign bondholders to recoup their investments.

Since Russia is likely to default due to sanctions rather than a lack of liquidity, the impact on its population should be minimal. But “it’s going to be seen as a blow to credibility,” Orlova said.