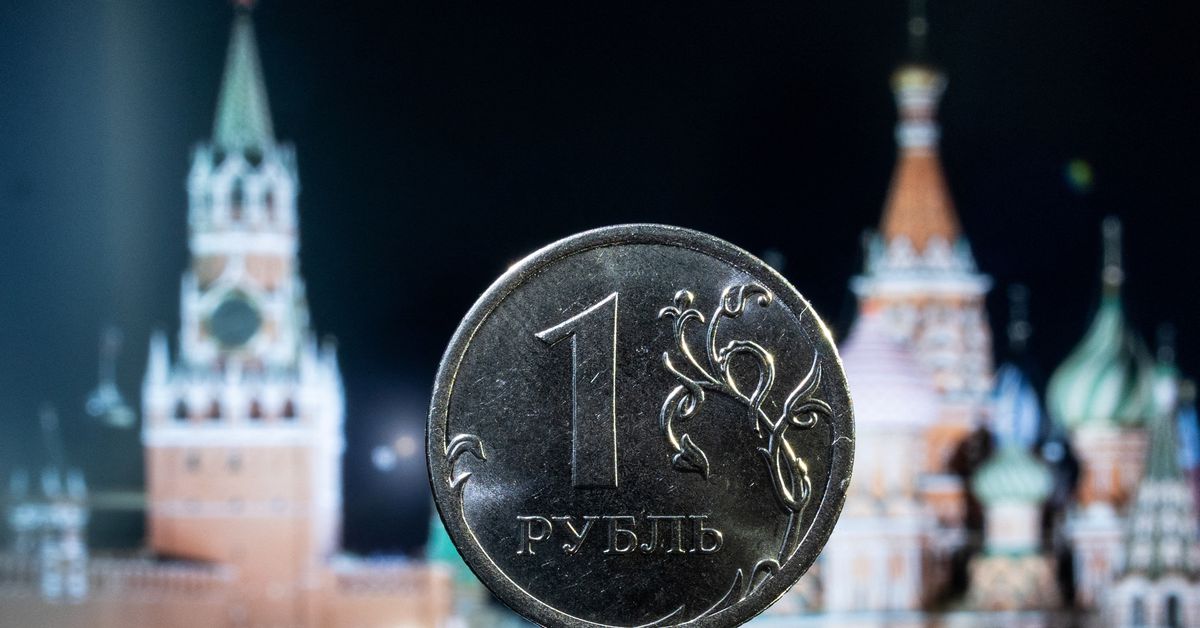 June 27 (Reuters) – Russia on Monday dismissed claims that it had defaulted on its external debt for the first time in more than a century, telling investors to turn to Western financial agents for money that was sent but the bondholders did not receive.

The White House said on Monday that Russia had defaulted on its international obligations for the first time since the Bolshevik Revolution, as sweeping sanctions effectively cut the country off from the global financial system. Read more

Until last week, Russia continued to pay its foreign currency Eurobonds in accordance with the terms of issue, but its coupon transfers in dollars and euros made in May, before the expiration of a key waiver of the United States allowing such transactions, did not reach investors.

“Declarations of default are absolutely unjustified,” Kremlin spokesman Dmitry Peskov said on a call with reporters on Monday, pointing to the May forex coupon payment.

“The fact that Euroclear withheld this money and did not bring it to the recipients is not our problem. There is absolutely no reason to label such a situation as a default.”

Euroclear did not immediately respond to a request for comment.

On Monday, the Finance Ministry said “the actions of foreign financial intermediaries are beyond the control of the Russian Finance Ministry”, asking foreign bondholders to speak directly to those withholding payments.

“The non-receipt of money by investors did not occur due to a lack of payment but due to actions of third parties and which is not directly stated as a default situation by the documentation of broadcast,” the ministry added.

As the US waiver expired and the European Union sanctioned the National Settlement Depository (NSD), Russia’s version of Western clearing houses Euroclear and Clearstream, Moscow last week paid its next due foreign currency coupons in rubles. Read more

President Vladimir Putin ordered last week that debt obligations would be considered fulfilled once a ruble payment equal to the foreign currency amount owed was made. Bondholders would need to open an account in a Russian bank to receive payment.

Moscow would not block the conversion of the foreign currency payment and its transfer abroad, but investors would have to declare in writing that they have no claims against Russia, the ministry said. The banks have not yet been announced. Read more

The Group of Seven major Western powers banned transactions with Russia’s central bank and froze its assets held in their jurisdictions, worth around $300 billion, after Russia launched what it called a special military operation in Ukraine in February.

Some Western politicians have called for seizing frozen reserves to rebuild Ukraine – the idea that two senior Russian financial sources said were behind the default announcement and which Moscow sees as artificial. Read more

“By announcing a default, they can pretend that the sanctions are working. Economically, financially, the assets could be legally confiscated,” said one of the two sources.

Peskov reiterated on Monday that the reserves were blocked “illegally” and that any attempt to use them “would amount to outright theft”.

“I believe that a financial nuclear bomb was used against us, no country in the history of mankind has experienced such sanctions pressure as Russia now,” Alexei Moiseev, vice-president, said last week. Russian finance minister.