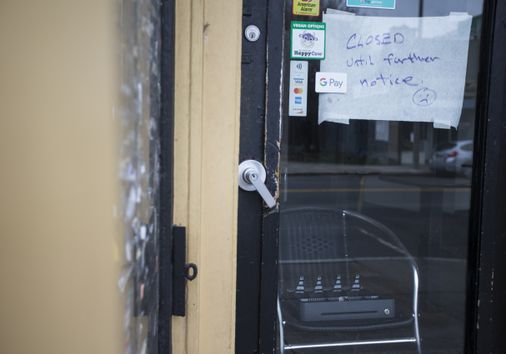 Reduce residents of Mass. who owe a little respite from unemployment

Whatever he calls it, the state tried to get the money back. According to Larry Edelman and Shirley Leung of The Globe, who reported on the matter, the Department of Unemployed Assistance continues to send out notices asking for refunds. The appeal/waiver process also remains poorly explained and difficult to navigate.

Many affected people say it is still difficult to reach DUA, and when they do, it takes forever to get a response. What also seems to be missing is basic empathy – an understanding of the stress felt by people who have lost their jobs due to the pandemic and are now being told they owe the state many thousands to tens of thousands of dollars due to changes in the eligibility rules of a federally funded program called “Pandemic Unemployment Assistance.”

The program provided unemployment benefits to independent contractors, gig workers and others who were not eligible for state unemployment benefits when they lost their jobs due to the pandemic, and Associated overpayment problems are not unique to Massachusetts. But the mess created here has also exposed slow state bureaucracy and an unwillingness to reveal the total amount of overpaid claims or the number of people involved.

According to reports by Edelman and Leung, the state now claims to have paid $33 billion in unemployment assistance to nearly 4 million claimants in 2020 and 2021. Currently, there are approximately 383,000 open cases of people with potential overpayments totaling $2.6 billion, mostly from federal programs, but the state did not say how many cases have been resolved. These were not fraudulent claims from people trying to rip off the system. After launching the Pandemic Unemployment Assistance program in April 2020, the US Department of Labor tightened the rules, leading to many recipients being told retroactively that they weren’t eligible or had been overpaid and that they should return the money. Overpayments have occurred across the country, leading to recovery efforts, as the Federal Department of Labor requires states to recover federal money even if claimants were not at fault.

Many people, out of ignorance, frustration, or a desire to settle the matter, simply agreed to pay. Meanwhile, the state, to its credit, waived or reversed $1.8 billion in overpayments that were not made public until the Globe began highlighting the problem.

Of course, fraud should never be ignored. But for those who followed the rules, as they understood them, and are now being asked to repay the money they’ve already spent, it makes sense to offer a forgiveness program. In a letter to congressional leaders, the National Association of State Workforce Agencies called on the federal government to waive all non-fraudulent overpayments “to prevent further economic hardship for these individuals.” The Department of Labor, led by Secretary Marty Walsh, could also help by changing the rules and making it easier to get a waiver. This should happen as soon as possible.

In the meantime, the message from the Baker administration should be: We know a lot of people are angry and frustrated. We know the appeal/waiver process is confusing. We will do our best to streamline it and work with you.

Editorials represent the opinions of the Editorial Board of The Boston Globe. Follow us on Twitter at @GlobeOpinion.

Fintech in Mexico: Breaking the lock on access to credit