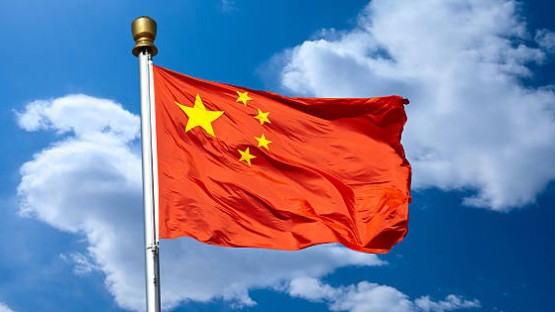 Like China’s leaders for decades before him, outgoing Prime Minister Wen Jibao’s last government work report in 2013 presented a litany of statistics meant to communicate progress: increases in GDP, incomes and disposable incomes, as well as as new housing, rail lines and airports.

But a few months later, the tone was dramatically different when Wen’s successor, Xi Jinping – recently elected for a third term as general secretary of the Communist Party of China (CCP) – presided over provincial inspections that were broadcast nationally. . On the verge of tears, local officials apologized for caring too much about GDP growth and not enough about people.

In a new book,Seeking Truth and Hiding Facts: Information, Ideology and Authoritarianism in China“, Jeremy Lee Wallaceassociate professor of government at the College of Arts and Sciences, explains how a few numbers came to define Chinese politics “until they no longer counted what mattered and what they counted no longer mattered. height”, and the “stunning overthrow” led by Xi within the CCP.

Wallace will share his findings in a virtual round table hosted by the Center for Strategic and International Studies at 9:30 a.m. on November 2. He spoke to the Chronicle about his research reframing how China got to where it is today and where it is heading.

Question: Why in the four decades known as “reform and opening up” has China adopted what you call a limited and quantified vision system?

Answer: The economic and social disaster of the Cultural Revolution that lasted a decade before Mao’s death made politicians and pragmatic ideas attractive to an elite and a populace tired of the hustle and bustle of constant ideological upheaval in the midst of a persistent poverty. Tight central control and planning failed to produce growth, so the regime remade itself, decentralizing, experimenting and commodifying. Monitoring a few critical metrics greased the wheels of performance. Decentralization with limited control freed individual initiative under state capitalism. Initially, economic reforms helped many without harming others. A limited but real vision of localities has encouraged local growth while allowing local leaders to benefit personally.

Q. How was this system and vision ultimately undermined?

A. Limiting its vision of localities to a few figures – GDP, tax revenues,

investment – ​​produced excellent performance on these measures and negative externalities elsewhere. This limited quantified vision has not seen the significant problems that have come to plague Chinese society: notably corruption, pollution and debt. With increasing regularity, cases of officials falsifying statistics – that is, fabricating data – have come to light, undermining internal and external confidence in the reality of China’s economic growth. Even the limited set of closely watched numbers was moving in the wrong direction; more worryingly, growth was slowing and debt-fueled stimulus was becoming a less sustainable response. Over time, these negative externalities have come to threaten the economic and political pillars of the country.

Q. What was Xi’s response?

A. In response to the inadequacy of the center’s limited and quantified vision, Xi has centralized power, more closely observing and controlling the actions of lower-level politicians and bureaucrats who execute his rule, has changed the way he justified his stay in power, and launched a massive crusade against corruption. In the book, I call this the “neopolitical turn.”

Q. You argue that dictators must convince people of their right to rule, and quantification is a tool in their arsenal. How is Xi using it and what does it say about the direction China is heading?

A. The book argues that quantification may have a more authoritative character than is generally acknowledged. By simplifying and organizing a complex reality, it lends an aura of objective truth, transparency and scientific authority to decisions. Quantification appears to promote accountability, without democracy, by generating commonly understood numerical benchmarks and facilitating comparisons, but it simultaneously reinforces the elites that create the metrics being measured. Xi’s relationship to the numbers remains difficult to read. At the recent Party Congress where Xi won his third term, national GDP data was due to be released, but was shockingly delayed until the end of the Congress. It’s hard to believe that a country still struggling with real poverty would ignore basic economic development and transparency, but maybe that’s where it’s headed.

Q. How does your analysis of China apply to other authoritarian regimes?

A. While the book retains its empirical focus on China, I hope scholars of censorship, propaganda, and authoritarianism will find some of the book’s theoretical reflections useful in their studies. The book ends with a discussion of neoliberalism, in particular the need to reflect on the factors outside of the United States and Europe that are behind its global rise and fall.