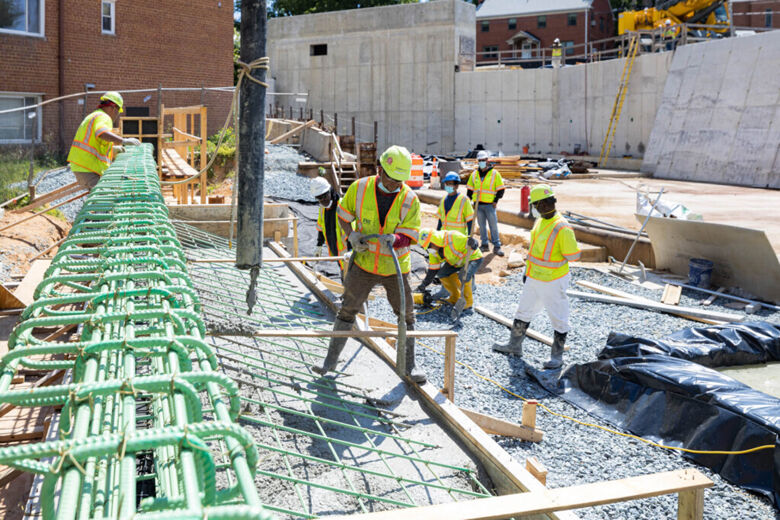 The U.S. Department of Transportation has approved a $1.7 billion loan to help get the beleaguered Purple Line back on track, members of Maryland’s congressional delegation said Thursday.

The U.S. Department of Transportation has approved a $1.7 billion loan to help get the beleaguered Purple Line back on track, members of Maryland’s congressional delegation said Thursday.

The loan is an important step towards the realization of a restructured financial package made necessary by the departure of the main subcontractor of the project 18 months ago.

Purple Line Transit Constructors (PLTC) scrapped the 16.2-mile light rail project in 2020 after a long battle with the Maryland Transit Administration over cost overruns. The agency recruited a newly formed consortiumMaryland Transit Solutions, to take over from PLTC in January, and state leaders later approved a new contract to allow work on the New Carrollton-Bethesda line to fully resume in the coming weeks.

The loan announced Thursday is part of the federal Transportation Infrastructure Funding and Innovation Act and represents a significant portion of the restructured financing for the $9.3 billion project.

“The people of Maryland have been looking forward for years to the completion of the Purple Line,” Senators Ben Cardin and Chris Van Hollen and Representatives Steny Hoyer, Anthony Brown and Jamie Raskin, all Democrats, said in a statement. “This new federal loan is a critical piece of funding to move construction of the Purple Line forward after previous setbacks to the project.”

Under its revamped agreement with the state, Purple Line Transit Partners will design, build and operate the system until 2056.

A long-planned light rail project that will connect inner Beltway communities in Montgomery and Prince George counties and provide links to Metrorail and MARC, the Purple Line is halfway completed. It will have 21 stations, including several near the University of Maryland in College Park when it is complete.

The line was originally scheduled to enter service this year, but this was delayed to 2026 due to a number of factors, including the PLTC dispute, which ended in litigation, as well as another lawsuit, allowing delays and design changes.

‘Live like the Kardashians’: Jury orders wife of former Chesterfield executive who embezzled millions to pay | Law and order