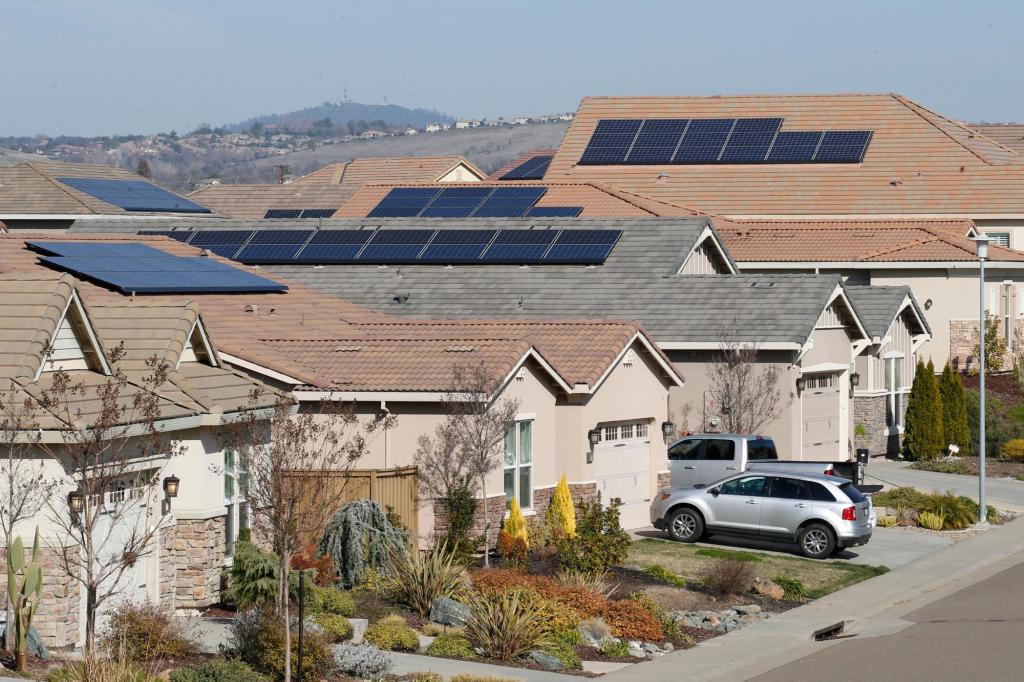 Submit your letter to the editor via this form. Read more Letters to the Editor.

PG&E wants to do
a bad system worse

Aaron Johnson of PG&E states that “PG&E does not add any markup on the energy we purchase for customer use, gas or electricity. What we pay, you pay. (“Tips for beating the rising cost of freshness”, page A6, August 30)

I do not agree. As a solar energy customer, I just received my first “adjustment” invoice and it’s quite telling. Basically, it shows how much energy I sent back to the grid during peak and off-peak hours and how much I would have paid if I had actually used that much electricity. It amounted to about $1,500 for an additional 5 megawatts of electricity generated. So what did I actually get back? Credit of approximately $250. So PG&E sold that extra electricity to other customers for $250 instead of $1,500? Yeah, of course they did.

And it’s under NEM 2.0. The proposed NEM 3.0 rules will worsen the economy for new customers and will likely put a nail in the residential solar market.

The irony of Marc A. Thiessen’s article titled “Biden’s loan forgiveness is a stolen act of bravery” (Page A7, September 1) is palpable.

Thiessen accuses Biden of abusing the HERO Law of 2003 by “using a law designed for men and women on active duty as a pretext to grant loan forgiveness” to civilians. Thiessen’s article informs readers that Biden is extending the active-duty military loan forgiveness to civilians. However, the law grants “higher education respite opportunities” to active duty and those who are “suffering”.[ing] direct economic hardship as a direct result of a “]…national emergency” – in this case, the COVID-19 pandemic.

By propagating an interpretation of the HEROES Act steeped in omissions to falsely decry President Biden’s plan as “an act of stolen bravery”, it appears that Thiessen himself is committing an act akin to “stolen valor”, because he exploits provocative expression to advance his own political agenda.

Thank you very much for continuing to include Marc A. Thiessen in your “Other Views” section. I just read his article”Biden’s loan forgiveness is a stolen act of bravery.” (Page A7, September 1)

I had planned to write a letter to the editor because I was sickened when I read what Joe Biden was planning to do. As a former high school wrestling coach, I often counseled my seniors on options to pay for college. While taking out a loan was an option, I often advised living at home; attend community college for a few years; enlist in the army to benefit from advantages linked to higher education; or develop a work-study program.

Thiessen said it so much better than me, and he added a few more reasons why Biden disrespects the sacrifices of an entire swath of our country.

Republicans have shown
contempt for the constitution

While I agree with Roger Wood’s statement on Article VI of the Constitution (“The Founders were explicit about religion in the United States”, page A6, August 31), I have to wonder where he got been last year.

The Republican Party has installed political hitmen who have repeatedly ruled against the US Constitution. They include relaxing gun rights for individuals when the Constitution gives no right to individuals to own firearms, stating that there is no constitutional right for a woman to control her own body, and of course, Kennedy against the Bremerton School District, in which they guaranteed the right of school employees to pray on the grounds of a public school (both for the separation of Church and State). I would add that this decision was not taken for the salat to occur facing Mecca.

Republicans and Christian nationalists (an oxymoron) have trampled on the rule of law and the Constitution. And they’re not about to let a 234-year-old piece of paper get in their way.

Only big government liberals (or teachers unions) thought it was a good idea to close our schools in 2020 and 2021, given the almost unanimous understanding that it would hurt poor children and families, and gain little in terms of COVID control.

Today, New York Governor Kathy Hochul admits as much, telling a group of Albany women that remote learning during the pandemic was a “mistake” that has hit working women especially hard. She is quoted in the New York newspapers:Wow. Wow, what a mistake that was. What a mistake. The women could not go to their work. They lost their jobs.”

I wonder if any California politicians will be brave enough to acknowledge what virtually everyone knows – children, especially those from low-income families, have literally lost a year or two of their lives, and many may never recover. put it back.