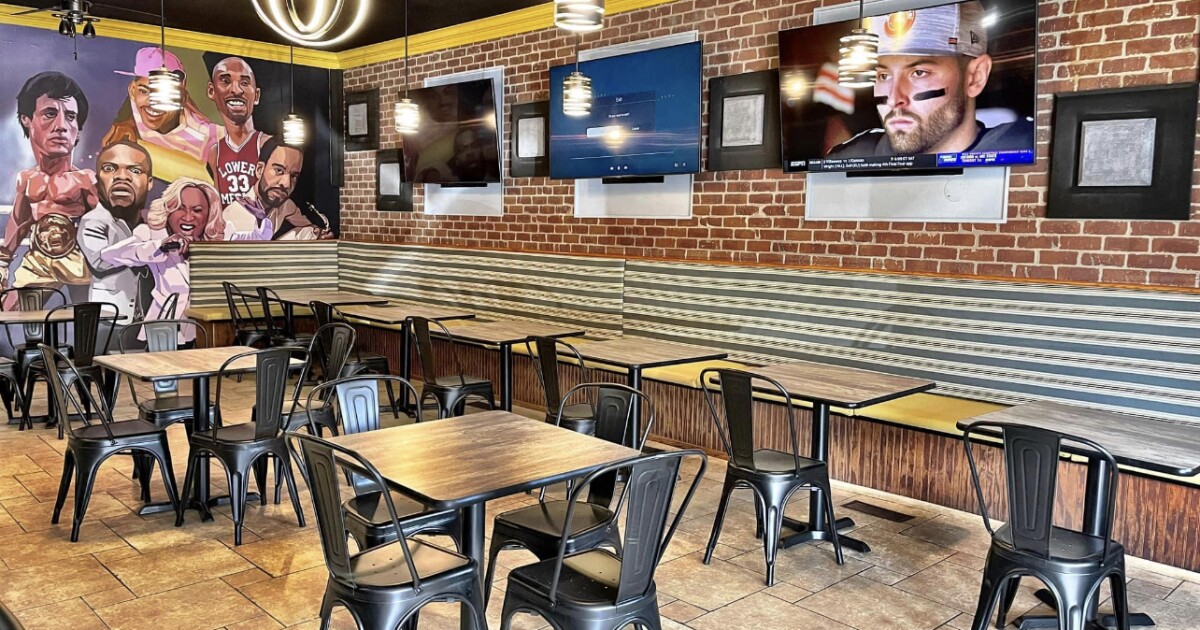 In January, After more than two years of selling gelato from a food cart at malls, festivals and other events in the Columbus, Ohio area, Shanika Sheppard went to her local branch of the Huntington National Bank seeking funding for its next business venture. Sheppard, who had funded her Italian gelato business with her savings, planned to open a local bar and grill where she could serve Philly cheesesteaks, loaded fries and, of course, Italian gelato.

With COVID-19 still weighing on the global economy, many banks would likely have been hesitant to provide a relatively small restaurant loan — Sheppard said she needed well under $150,000 — to a young entrepreneur with a thin credit record. Huntington took a different approach. Over the past 18 months, the $177 billion asset firm has been actively pursuing the kind of small dollar loans that Sheppard eventually received.

As part of its Lift Local program, part of a larger $40 billion community plan, Huntington has pledged to $100 million for small loans, ranging from $1,000 to $150,000, to support businesses owned by minorities, women and veterans. Huntington offers the program in all 11 states of its Midwest footprint. In its last May 3 accounting, the Columbus-based bank had issued more than 520 Lift Local loans totaling $36.5 million.

In addition, 997 candidates registered for the financial education courses offered by Operation Hope. Huntington requires borrowers to complete this course before approving and disbursing Lift Local loans, so the program appears to have a strong pipeline, Maggie Ference, director of Huntington’s small business loan program, said in an interview. .

“You can’t just provide motivation and pep talks,” Bryant said. “The fact that Huntington writes a check ‘after Lift Local candidates complete the financial education program’ is what keeps people going through the whole process.”

“So many of the participants in this program have been somewhat disenfranchised by access to capital and banking systems as a whole,” Ference said. “We’re really focused on trying to make sure we rebuild that trust.”

The difference in loan sizes can be seen as an indicator that the program is reaching businesses that don’t typically appear on banks’ radar screens.

“About 36% of our loans booked have a year or less in business,” Paige Sanchez, program manager for Lift Local, said in an interview. “These are probably still startups.”

Huntington’s deep commitment to small business lending is part of an ongoing push by the SBA for a greater role in this market segment.

As part of its fiscal year 2022 budget, the Biden administration has proposed giving the agency nearly $4.5 billion to provide loans of $150,000 or less directly to small businesses. Proponents justified the proposal, which deviates from the SBA’s existing model of guaranteeing loans made by banks and other lenders, saying that smaller businesses — many of which are operated by women, minorities and veterans — do not receive enough capital.

In the face of fierce opposition from congressional Republicans, banks, and credit unions, direct loan funding was cut to $2 billion and then dropped altogether. Supporters of the plan are not giving up. During a recent Senate hearing on small business and entrepreneurship, Isabella Casillas Guzman, the SBA administrator, said the agency was still exploring a direct lending option.

Sen. Ben Cardin, D-Md., chairman of the Small Business and Entrepreneurship Committee, said in an interview that direct lending remains a priority for Democrats. “A lot of [smaller businesses] don’t even apply to commercial banks because they know they’re going to be rejected,” Cardin said.

Banks, especially community banks, “used to be major players” in providing credit to small businesses, but as consolidation has thinned their ranks, “other providers are entering the arena to provide capital,” Kate Hao, CEO of Happy Mango Credit, a New York-based fintech that provides lender underwriting tools to the unbanked and underbanked, said in an interview.

For loans below $1 million, borrowers are increasingly turning to fintechs and other non-bank lenders, Hao said. For small loans, community development financial institutions fill the gap.

Answer to a need

Huntington launched Lift Local in October 2020 with a $25 million commitment. Seven months later, he upped the ante with a five-year, $100 million extension. The bank had considered launching a program focused on underserved small businesses when George Floyd was killed in May 2020, creating a new sense of urgency, Ference said.

“The headlines coming out of Minneapolis were heartbreaking,” Ference said. “The economic and social disparities that existed [underscored] by some of these headlines really drew our attention to the need to do something extraordinary. … It gave us the opportunity to step back and say: how can we do something more?’ We wanted to make sure that we focused on educating women, minorities, and veteran small business owners in a way that had never been done before.

In general terms, the Lift Local model combines an SBA loan of $1,000 to $150,000 with an online financial education course provided by Operation Hope. To encourage applications from small businesses, including startups and sole proprietors, Huntington has dropped its standard origination fee and is paying SBA fees from borrowers. It also lowered its minimum expectations of the Small Business Rating System from a score of 155 to 140.

Huntington’s licensed software, Operation Hope, was developed to automate the process of developing a business plan, then customized it to serve as the foundation for Lift Local’s financial education program.

“Every time we [checked], they were adding another feature,” Bryant said. “That’s how we knew they were serious. … What usually happens is that the banks say, “Great. Thanks.’ They put it on a website somewhere and you never hear from it again.

According to Bryant, Huntington and Lift Local stand out among the dozens of banks that have moved to expand their reach to underserved people and small businesses since the death of George Floyd.

“They don’t just tick the box,” Bryant said. “Their data suggests they are making it a business [Lift Local], that’s what I told people. …There are legitimate business to be had here. They should approach it seriously and create a scale effect up to their balance sheet.

From one to many

Many Lift Local loans have had precisely this kind of impact, spurring the growth of businesses that were essentially sole proprietorships. Shanika Sheppard used her loan to open her restaurant, Marlowe’s Cheesesteaks, on North High Street in Gahanna Ohio, a suburb of Columbus, on April 30. Business was buoyant enough on opening weekend for Sheppard to acquire a second griddle and seek another cook to cut down on wait times.

Today, Philadelphia-born Sheppard plans to open smaller boutiques focused on her Italian gelato, which she continues to market in malls and at festivals.

“Back in Philadelphia, Italian gelato – we call it popsicle – is like a staple. It’s what we eat for dessert,” Sheppard said. my goals to have Italian Ice in its own space. We can incorporate pastry cream, Italian ice cream shakes, and then also wholesale our Italian ice cream. That’s the goal for year two.”

Another Columbus resident, Ty Banks, used a $45,000 loan from Lift Local to buy a new food truck and jump-start his business selling what he describes as vegan soul food. Banks started Where it All Vegan in September 2019. While the effort got off to a promising start, sales quickly dried up after the onset of the coronavirus pandemic, forcing Banks to sell his idle food truck to pay off his debts. .

“When we were down, Huntington said, ‘What can we do for you? “, said Banks. “We launched our new food truck as part of the Lift Local program in January 2022. Since then, we are already on track to exceed six figures. [in revenue]. In fact, I was depressed. I had no money coming in.”

“I am indebted to Huntington,” Banks continued. “If they need anything from me in terms of food, they don’t even have to pay me for it.”

Can you afford this big summer toy? What you need to know about owning and financing a boat or RV.

Interview: “However you look at it, wars are bad”, the head of the UN crisis in Ukraine – Ukraine