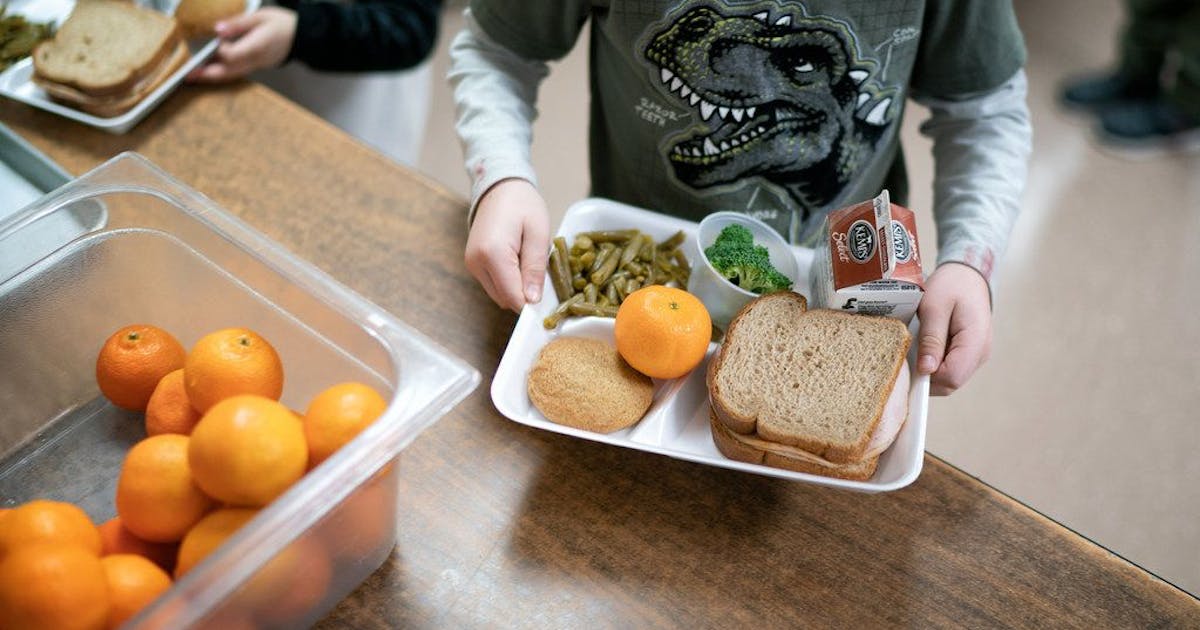 For some families, going back to school means going into debt at the canteen

Before Minnesota banned school lunch shaming, children who owed money in the cafeteria could receive a cold cheese sandwich for lunch. Or no lunch at all.

They could come home from school with a humiliating sticker or stamp to let their parents — and all the other kids on the school bus — know they were in debt.

They could be banned from field trips or fun classroom activities until someone pays.

But Minnesota has banned lunch shaming. State lawmakers, who disagree on much, came together across party lines on the matter last year. Because a child’s biggest worry at lunchtime should instead be whether today is pizza day or not.

The law has changed. Many school district policies have not.

As students head back to school, Mid-Minnesota Legal Aid — which has fought for years to identify and eradicate lunchtime shaming — has returned to check on how school districts across the state plan to manage the dining room’s outstanding debts this year.

Legal Aid surveyed more than 330 Minnesota school districts. They found 124 policies that appeared to violate the spirit or letter of the state’s new lunch-shaming ban.

Among the findings of the study:

“If a family meals account shows a negative balance for a certain period of time”, warns a manual in one southwestern Minnesota district, “the student may be denied a meal.”

On paper at least, one district in central Minnesota won’t allow students to charge for a meal if they don’t have money in their account. It will also not allow their classmates to share food from their trays with the hungry child,”for health and hygiene reasons.”

Another district in the southeast corner of the state lays out a plan to hold back first graders milk during their morning snack break until their lunch balance is out of the red.

Many other districts have policies allowing staff members to give children with lunch debt an alternative meal — a jelly sandwich, SunButter or cold cheese.

Legal Aid wrote to the Minnesota Department of Education last week, asking the state to review these policies and consult with the attorney general to see if any of the policies violate state law.

When you hand a kid a cold cheese sandwich on pizza day, it sends a message. Even when this message is slipped discreetly into their classroom locker, it looks like they’ve packed a meal from home.

“Alternative meals served in brown bags are shameful,” said Jessica Webster, a legal aid attorney who has worked for years to make sure Minnesota kids don’t leave school hungrier than they did at school. their arrival. “You always say to the child, ‘Hey, your adult didn’t do what he was supposed to do. This is what’s going to happen to you because your adult didn’t pay.'”

For the past two years, dining room debt was one of the few things Minnesotans didn’t have to worry about. Federal pandemic funding covered the cost of school meals for any student, no questions asked.

But those funds expired in June, and that universal school nutrition experiment is over. Which means that for some families and districts in Minnesota, back to school could mean a return to dining room debt.

Harassing families to pay for their school meals is tough on families – and it’s tough on schools struggling with five- or six-figure canteen deficits.

“Lunch can be tough,” said Patrick Walsh, superintendent of the Belgrade-Brooten-Elrosa school district, where past and present students owe tens of thousands in the cafeteria as the district grapples with rising cost of all. from food to staff salaries. “A lot of families can’t afford it. … But if they asked for help, they might not end up going into debt.”

The thrifty rural school district has found ways to help itself and its families. Reselling the solid maple planks from the old gymnasium floor raised $10,000 for the district, he said. Angel investors, responding to an ad the schools placed in the newspaper, stepped up to pay off the lunch debts of families asking for help.

Legal Aid pointed to a district policy that allows it to block students from graduation ceremonies if they owe money for meals, but Walsh said he’s never heard of it. in the five years he’s been in the district — even for students graduating after eating. thousands of dollars in unpaid lunches.

The problem is not that the schools are the bad guys.

The problem is that America – which doesn’t expect kids to pay for textbooks before they can learn, or pay for gas before they can ride the school bus – has forced schools to collect the lunch money.

BBB warns of the dangers of payday loan scams