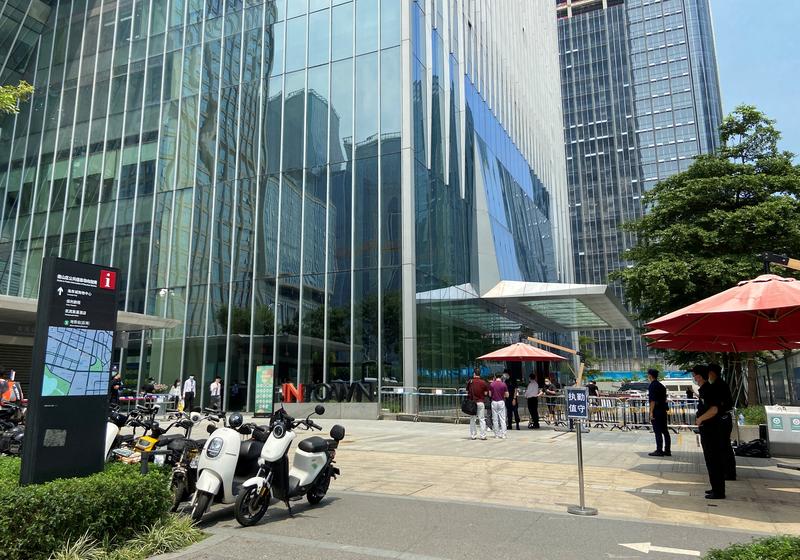 BEIJING / HONG KONG (Reuters) – One of the major lenders to the China Evergrande group has set aside provisions for losses on part of its loans to the ailing property developer, while some creditors plan to give it more time to repay, four bank executives told Reuters. .

The measures by Chinese banks, reported for the first time, show how financial institutions in the world’s second-largest economy are preparing for a possible collapse of Evergrande.

The developer epitomized China’s free-wheeling borrowing and building era, with nearly $ 305 billion in liabilities in the form of loans, bonds, so-called trust products, and money owed to entrepreneurs. and suppliers, among others.

The Agricultural Bank of China (AgBank), the country’s third-largest lender by assets, has set aside loan loss provisions for part of its Evergrande exposure, one of the executives said, without giving details. .

Meanwhile, China Minsheng Banking Corp and China CITIC Bank Corp Ltd, two other major lenders in Evergrande, are poised to roll over some of their short-term debt obligations, said two separate sources with knowledge of each situation.

AgBank, Minsheng, CITIC and Evergrande did not immediately respond to email requests for comment.

In general, Chinese banks’ exposure to Evergrande has declined over the past year, and most of their outstanding loans are collateralized or secured by deposits, according to the four sources.

All sources declined to be named because they are not authorized to discuss individual clients.

Last year, Evergrande reported total bank and other loans of 693.4 billion yuan ($ 107.4 billion) – including loans from trust companies rather than banks, which, according to analysts, accounted for the largest part – up from 782.3 billion yuan in 2019.

Despite the cuts, a collapse of Evergrande, even managed, would still impact the Chinese economy given a liability equal to 2% of the country’s GDP.

The company’s banking exposure is wide, and a leaked 2020 document, written off as a fabrication by Evergrande but taken seriously by analysts, showed liabilities stretching to more than 128 banks and more than 121 non-bank institutions.

After this leaked document, the People’s Bank of China (PBOC), the central bank, asked all major lenders in Evergrande to review their loan exposure and assess relevant financial risks on a monthly basis, said a source from a public bank.

The PBOC and the industry regulator, the China Banking and Insurance Regulatory Commission (CBIRC), did not immediately respond to Reuters requests for comment.

The bonds would default if Evergrande did not pay the interest within 30 days.

Regulators have given no indication to Chinese lenders of a possible Evergrande bailout, a source at one of the major fiat creditors said.

On Friday, the editor of the Chinese Communist Party-backed tabloid Global Times warned Evergrande he should not bet on a government bailout on the assumption that it is “too big to fail.”

Chinese regulators have in the past curbed unbridled lending by domestic banks to real estate companies, reiterated the need to curb real estate speculation and underlined the importance of deleveraging in the real estate sector.

The government may step in to deal with an orderly collapse of Evergrande, two banking sources familiar with the matter said.

“And regulators did a related risk assessment among financial institutions before letting that happen,” one said.

Evergrande debt crisis: 5 things to know about the Chinese business empire on the brink