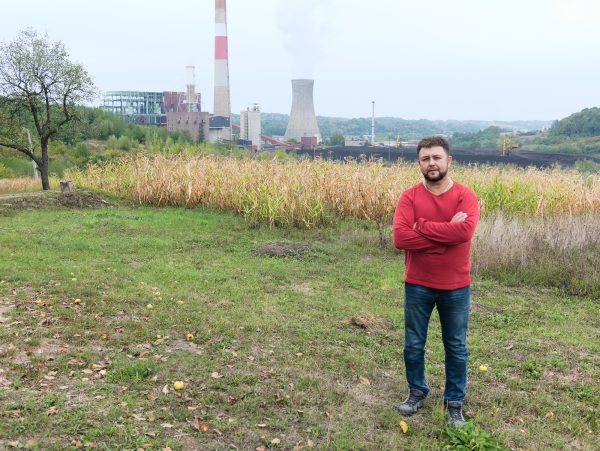 Mile Krstic is expecting a new neighbor. A few hundred meters from his house in the Republika Srpska entity of Bosnia and Herzegovina, the ground has been prepared for the new Ugljevik III coal-fired power plant, which is being built by Chinese and Polish-Chinese companies.

Krstic’s house is already surrounded by the town’s sizeable coal industry: Ugljevik I, one of the most polluting coal-fired power stations in Europe, is directly opposite, and its backyard overlooks the huge coal mine in open sky from Bogutovo Selo.

The burning of coal seriously affected the health of the villagers. Mile Krstic recently lost his wife and father to cancer and blames the coal industry for their deaths. The power station and the mine release clouds of ash and smoke over the village every day.

Ugljevik is not the only European city in which new power plants are planned, despite international commitments to stop climate change and Chinese President Xi Jinping’s recent pledge to stop funding coal-fired electricity abroad. In Bosnia and Herzegovina alone, China’s Eximbank finances the Tuzla 7 coal-fired power plant project, whose construction is imminent despite the investigations by the EU energy watchdog for breaches of EU law.

Our research further shows that there is a major risk that China-funded power plants will be built in Indonesia, the Philippines and Serbia. All of these projects were announced by Chinese state-owned companies in 2021 and have a total estimated capacity of over 3,645 MW. China-backed overseas coal projects with an additional 10 GW of capacity are already in the works and are expected to start construction at any time.

Each new power plant has an expected lifespan of 40 to 50 years. If commissioned, these plants will call into question international climate agreements such as the G-20 commitment and the Sino-US joint declaration at COP26.

Construction of many overseas coal projects funded by China has started without the legal environmental assessments and permits required by the host country. Others have been delayed due to environmental or social scandals, or legal challenges.

Stay up to date with the story of the week and develop stories to watch from across Asia-Pacific.

This is also the case for Ugljevik III. In June 2021, it was revealed that a secret contract had been signed for the plant between Chinese company China Electric and Sino-Polish company Sunningwell International LTD. Before that, it was not publicly known that either of the companies was involved in the project.

The project concession has been held since 2013 by Comsar Energy and RiTE Ugljevik, the latter apparently owned by Dagestan billionaire Rashid Serdarov. In 2020, the Concessions Commission of the Bosnian entity Republika Srpska said the concessionaire was not fulfilling its obligations but did not recommend any measures to address the issue.

This secret contract prompted environmental organizations to voice their concerns and call on the government of Republika Srpska to â€œpublicly and transparently declare the plans and consequences of this energy projectâ€.

The lack of reliable feasibility studies not only undermines accountability, but will most likely have dangerous consequences for public finances, the environment, local communities and the climate.

In total, Just Finance found 11 major errors or false assumptions in the preliminary studies for the Tuzla 7 and Ugljevik III coal-fired power plants. These included underestimated prices for coal and CO2 emissions, unclear ash disposal locations, and the inability to assess whether water demands for plant cooling could be met. In addition, the studies did not assess the overall emissions of current and new units.

The construction of a new coal-fired power plant could also be a bad surprise for neighboring countries. The Espoo Convention, which governs cross-border environmental impacts, Express “A deep suspicion of non-compliance on the part of Bosnia and Herzegovina” for not having undertaken cross-border consultations. Their investigation is ongoing.

For Mile Krstic and his neighbors next to the Ugljevik power station, life has turned into a nightmare. The whole community has been affected by mining excavations in recent years, and the whole village has to move. Many homes are now tilting or collapsing as their owners desperately try to stabilize them with new concrete and steel bars.

Krstic wants to move, but cannot sell his house. His future now belongs to the Comsar company, which he hopes will offer him enough compensation to buy an apartment for himself, his 8-year-old daughter and her mother, somewhere in Ugljevik.

He said, â€œI would do anything to move my daughter to a safe place.