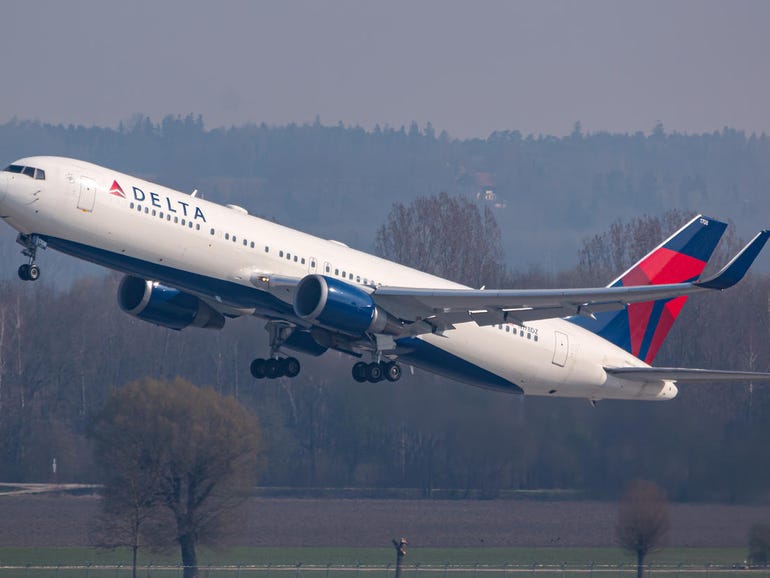 I sense a bit of rejoicing among airline executives.

Down with the masks and onto the planes. And in our coffers comes the money.

Despite the fact that the mask warrant has been overturned by a highly intellectual judge, many believe now is a good time to carefully reenter the world of what was once called normality.

Somehow, however, Delta Air Lines took this sudden arrival of normality to a difficult destination.

You have been downgraded to regular class

He said he was immediately lifting the mask mandate.

But then, for reasons that can only be known to those who concocted it, Delta immediately emerged with a statement that COVID-19 had now escalated to “an ordinary seasonal virus.”

I also don’t know why Delta would want to spread such a false sense of security. Unless money is the motivation.

I respect Dr. Bob Wachter, Chairman of the Department of Medicine at the University of California, San Francisco, for all things Covid. Its healthy light guides me.

He thinks it’s time for the mask mandate to go away. He adds, however, that his greatest fear is not death, but long Covid, something that science currently knows relatively little about.

I’m not sure there’s quite the same concern about, say, the regular flu.

I also respect his colleague, Dr. Monica Gandhi, who, among other scientists, says research shows that vaccines work, but masks don’t so much.

One can imagine, however, that some Delta customers – those with weakened immune systems, for example – didn’t appreciate Delta’s Covid downgrade to regular class.

One can also imagine that customers still wary of catching Covid may have viewed the statement and questioned Delta’s (business) motives.

In a particular burst of wisdom, the airline changed its statement the next day to call it “a more manageable respiratory virus”.

You made our lives a misery? Welcome aboard!

Delta, however, was not done. With his deeply questionable press releases, of course.

He then announced – following United’s equally dubious example – that he would show mercy to the outcasts.

It will allow some passengers who had exhibited mask-related misconduct and who had been placed on the no-fly list to return to its planes.

Please think back to those giddy times when passengers staged protests on planes. Remember when a recalcitrant guy decided he wasn’t going to wear a mask and got extremely belligerent? Remember how flight attendants were at their wit’s end, begging their management to do something about these people who were delaying flights and even resorting to assault?

Well, Delta instantly decided to give them new hope. (Should they ever want to fly with the airline again, of course.)

Specifically, the airline said, “With masks now optional, Delta will reinstate flight privileges for customers on the no-fly list in the event of mask non-compliance only after each case is reviewed. and that each customer demonstrates an understanding of their expected behavior when flying with us.”

Also: Delta says it wants the best customers (so it treats them like that)

Placed, as they so often are, in the role of enforcer, flight attendants may now feel a touch of bitterness.

What if they meet again one of those passengers who have made their lives a misery? Will they smile again and say, “Oh, hey, it’s you again!” Welcome aboard.

Former United pilots union chief Todd Insler surely spoke on behalf of many airline employees when he tweeted: “Ask a friend. Can we get a list of all the rules and laws that we can selectively ignore? Crew members have literally been punching bags to enforce the law, and now @United shows the world how little employees matter and how much management really cares.”

It seems to be the same with Delta.

Please accept your apologies. We will take your money

What could these offenders do to curry favor with the airline? Just say sorry? And add, promise and swear on the little finger, I’ll never do it again?

Or maybe sign the kind of online “I accept” that so many people do every time they fancy an app?

It’s not that forgiveness is such a terrible thing.

The curious element in all of this is why Delta has chosen to make this announcement now. Why not leave the problem for a while in the future? Why not focus on the comfort of decent, humane employees and customers first?

2,000 customers have been banned by Delta amid the pandemic.

This does not include another 1,000 “who have exhibited egregious behavior and are already on the permanent no-fly list”.

Yet most of those 2,000 customers aborted a flight because they were doing what they twistedly thought was a political protest. They all knew exactly what they were doing. My God, now they can get on board with “I didn’t wear a mask and I got away with it” t-shirts.

After all, if Delta is so painfully anxious to begin the forgiveness process, maybe they really haven’t done anything so wrong.

The airline says business is booming.

Perhaps, however, the earnings of the Rebel 2,000 will make all the difference to the executive bonuses.

What do you want to know

Maldives could face Sri Lanka-like economic crisis if not careful about taking out loans: report