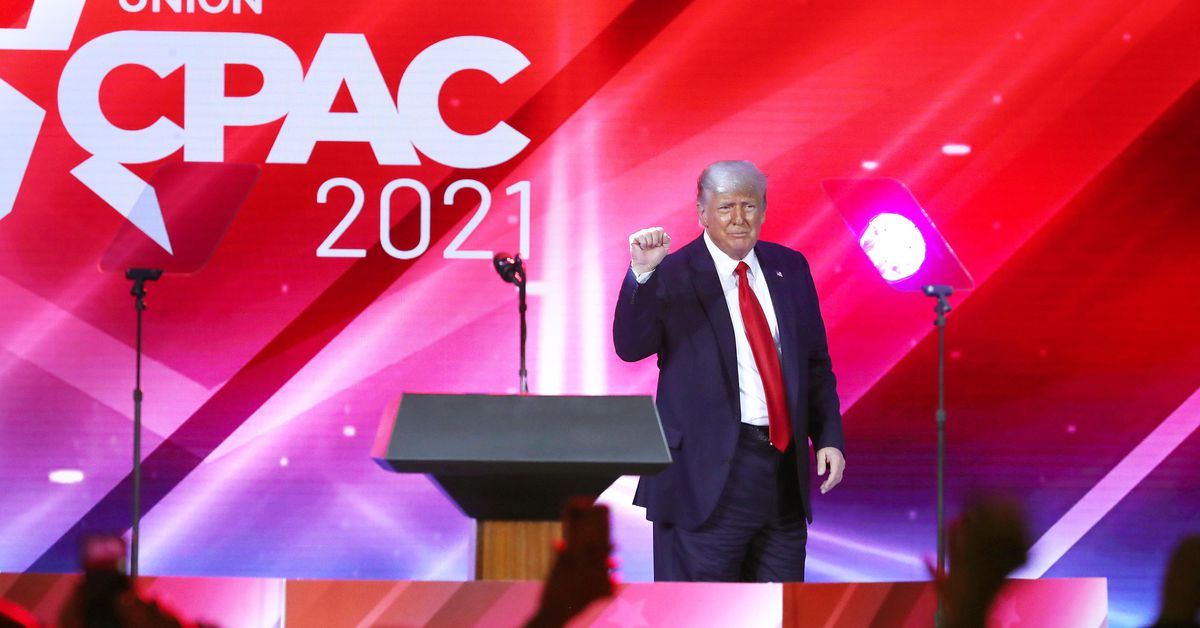 Conservatism is dead in this GOP

The Conservative Political Action Conference, better known as CPAC, falls around my birthday every year. In fact, I spent most of my 20s and 30s hanging out at the Omni Shoreham Hotel in Washington on panels with the likes of Fred Barnes, Bill Kristol, and Jonah Goldberg.

I went there because it was, in very simple terms, a gathering of conservatives where the conservatism of the movement was in the spotlight. Debates on fiscal responsibility, debt and deficit, national security, anti-protectionism, and even the gold standard have all been chopped into panels, speeches, and breakout sessions around bad baskets- chicken meals and dinners.

Sure, there were always fringe elements â€“ in the mall there were lots of tricorns and your weird kook conspiracy or two â€“ but it was mostly a serious attempt to set the conservative agenda for the following year.

Things have since changed, needless to say. Two things happened, really. The Tea Party swept away with its restless populism, turning what began as a focus on reckless government spending and bank bailouts into a new focus on culture and class divisions. Then, after lighting an angry anti-establishment match, Donald Trump arrived and threw gasoline on the fire.

Conservatism and the principles and philosophies behind it slowly disappeared along the way, co-opted and then entirely replaced by Trumpism â€“ loosely defined as: whatever Trump said last.

This made CPAC, a conference on conservatism, a bit awkward. Not just because Trump and not conservatism took center stage, but because conservatism was nowhere to be found on the agenda.

Conservative leaders like Mitt Romney, once the Republican Party’s keynote speaker and nominee for president, were actually uninvited by the American Conservative Union, the group that runs CPAC.

The conservative lecturers, book authors, columnists and scholars who filled the panels are gone, replaced by sycophants, wannabes and Trump quacks like the MyPillow guy. sordid groups like the white nationalists, the Proud Boys and the Oath Keepers were apparently greeted with official passes and access.

Debt and deficit signs are now pushed aside to make way for more lib ownership. Last year, one was titled “My Pronouns Are Number One and Win: Protecting Women’s Sports.”

This year it’s not the same manure. Loony Rep. Lauren Boebert is part of a panel called “The Moron in Chief”. There’s also “Lock her up, FOR REAL” and “Put him to bed, lock her up, and send her to the border.”

Visitors who want the full experience can pay between $300 and $7,000 for three different ‘wake up’ signs, including ‘Fighting Woke Inc’, ‘Awake Not Woke’ and ‘Woke Inc’.

There’s one called “Domestic Terrorists Unite: Lessons from Parents in Virginia.” And “Sorry Stacey, you’re not the governor.”

And don’t forget “How to talk to your neighbor without starting a fight in the garden”, which is directed rightly by “a political activist identified as a former high-level strategist for an anti-Muslim group”.

None of this has anything to do with conservatism, of course, a fact that frustrates those of us who have seen the Republican Party and right-wing media stars pretend it is. There’s almost nothing left of conservatism in the GOP, and it certainly doesn’t drive its stars or voters any more, not as much as the culture wars and owning the libs.

For example, former Rep. Tulsi Gabbard, once a Democratic presidential candidate, is a special guest at this year’s CPAC â€” not because she’s conservative, but because she sheds enough and regularly on the left, buying its admission price.

It looks like the right is finally starting to give up the charade. This weekend, ACU President Matt Schlapp confessed to Steve Bannon: “The Conservative movement, which I don’t use, I call it the American movement, because that’s all, we don’t are more conservative, we are Americans who love our founder. Â»

To highlight this statement: the president of the American CONSERVATIVE Union, who heads the CONSERVATIVE Political Action Conference, whose website boldly declares, “We define conservatism” and whose group calls itself “the ‘oldest conservative grassroots organization’ in the country, and which ranks lawmakers on scales from liberal to conservative, and which tells its followers to sign up for ‘conservatism in your inbox’ and ‘Join the Conservative Fight says ‘we are no longer conservative’.

Look, you won’t have any arguments here. But it’s a jaw-dropping admission that, to serve Donald Trump’s outsized ego and satisfy his rabid and impressionable voters, the conservative organization once at the helm is simply abandoning conservatism.

Of course, conservatism will continue without Mr. Schlapp. He will survive him. It will exist as a set of values â€‹â€‹whether it “uses” it or not.

But there is no doubt that he died within this current Republican Party. Who will resurrect him is the important question.