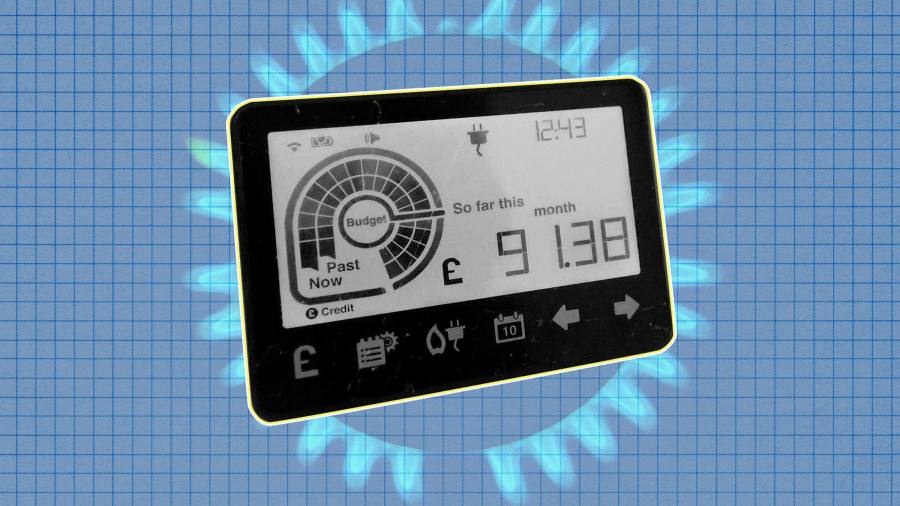 The Queen’s Speech this week paved the way for dozens of parliamentary bills to come – but there was very little to solve the problem of soaring household bills.

The absence of legislation for a windfall tax or new measures to deal with the worsening cost of living crisis has left the government feeling like it is out of ideas or simply not s worry about it.

With calls for an emergency budget growing louder by the day, consumer-facing business leaders have spoken out about how soaring inflation is hitting Britain’s economy focused on consumption.

Jean Allan, tesco chair, said the UK was already experiencing ‘true food poverty for the first time in a generation’, with customers regularly asking cashiers to ‘stop when you reach £40’. Allan, who is also chairman of the CBI, supports a windfall tax on energy companies, which is saying something.

The Centrica chief hit back saying it would be tantamount to ‘burning the furniture to keep warm’ – just as firefighters in London issued safety warnings against it after a man seeking to save money on energy bills accidentally burned down his house. in the capital.

The ScottishPower chief has warned the government that the time needed to rethink its existing energy support scheme is “shortly running out”. As political pressure mounts, the Treasury has indicated that it may announce more support in August, when the level of the October energy price cap is known.

If the cap rises to £2,900 this autumn, as ScottishPower predicts, up to 40% of UK households could be in fuel poverty, spending more than 10% of their income on energy bills.

The company suggests setting up a ‘deficit fund’ to cut £1,000 off the annual bills of struggling households on prepayment meters or receiving means-tested benefits. It would cost £10billion, funded by an annual £40 levy on everyone’s electricity bills for the next decade.

Directing the most aid to the poorest is how the Chancellor should have targeted his existing aid measures, but if average bills reached £2,900, the finances of middle-income families would also be horribly squeezed. Is it right to deny them any help?

It’s not as if the Queen’s Speech hinted at better solutions, other than “growing the economy” and boosting renewable energy production in the years to come.

In his speech on Tuesday, Boris Johnson, the Prime Minister, admitted it would be impossible to ‘completely protect people from the fallout’, but the half-hearted promise to ‘continue to look at what more we can do to mitigate the pressure over the next few months” just doesn’t cut it.

With more and more households running deficit budgets, one thing we can be certain of is a huge increase in late payments, growing arrears and bad debts that will mar the personal finances of millions of people for years to come.

The Queen’s Speech Money Bill should have contained more innovative measures to address this.

To quote ScottishPower chief executive Keith Anderson, this crisis is hitting “people who have never been in debt and who have never had trouble paying their bills”. Many will rely on credit to fill the gap.

Credit card spending has soared and this week the Financial Times revealed that some struggling households were resorting to ‘buy now, pay later’ loans to cover rising energy bills.

Overall levels of financial resilience are worrying. A new study by PwC estimates that 16 million UK adults would have to use the credit to pay an unexpected £300 bill. However, more than 20 million do not meet the credit requirements of traditional lenders (compared to 16 million before the pandemic), making it even more expensive for them to borrow.

As millions depend on high-cost credit to cover emergencies, it is high time the government galvanizes support for non-profit lenders, such as credit unions and community development financial institutions (CDFIs). . They charge much lower interest rates – but suffer from a lack of awareness (and loan capital).

“More and more people are unbuffered and turning to community lenders when emergencies tip them into crisis,” says Theodora Hadjimichael, chief executive of Responsible Finance, the trade arm of CDFIs. “We are seeing people from higher income levels and more working families, which shows that the level of financial exclusion is increasing.”

CDFIs can only lend if it is affordable, but if clients are denied a loan, many will still try to help in other ways. “This could include using benefit checkers to make sure customers are claiming all the help they’re entitled to, referring them to energy charities or even official debt counseling,” says Hadjimichael.

Currently the sector is tiny, lending around £36million a year to 67,000 customers. Expanding it is a cause the government – ​​and the big banks – should support.

At present, many customers are referred to responsible lenders through ‘referral relationships’ with local authorities, housing associations and financial advice organisations.

“If traditional banks flagged our services to all of their basic bank account holders, that would be a huge boost,” she says, adding that customers who build a credit history with community lenders will be more likely to access their bank’s traditional credit products in the future.

With millions of dollars about to be knocked out of their banks in the coming year, directing rejected borrowers to nonprofit lenders seems like a sensible move — but there’s a problem.

For community loans to work at scale, more loan capital is urgently needed. In the UK, CDFIs do not hold deposits, which gives them more flexibility as to who they can lend to, but means they rely on external funding sources to fund their loans.

In the US, banks have an obligation to support community lenders – so why not legislate for this in the UK?

The government could provide more capital through the Dormant Assets Bill, which has already received royal assent. A consultation on how to use £880m of cash in forgotten bank accounts and pensions will be launched this summer and community funding initiatives deserve a big share.

He set up Fair4All Finance to increase access; the financial regulator is supportive and as the sector begins to gain momentum, the hope is that impact investors might also really support it. But we have no time to waste.

So I appeal to those who know best the dire state of consumer finances – the heads of our retail banks. Why wait for the government to force your support? Show us that your corporate social responsibility programs really matter and support community lenders today.