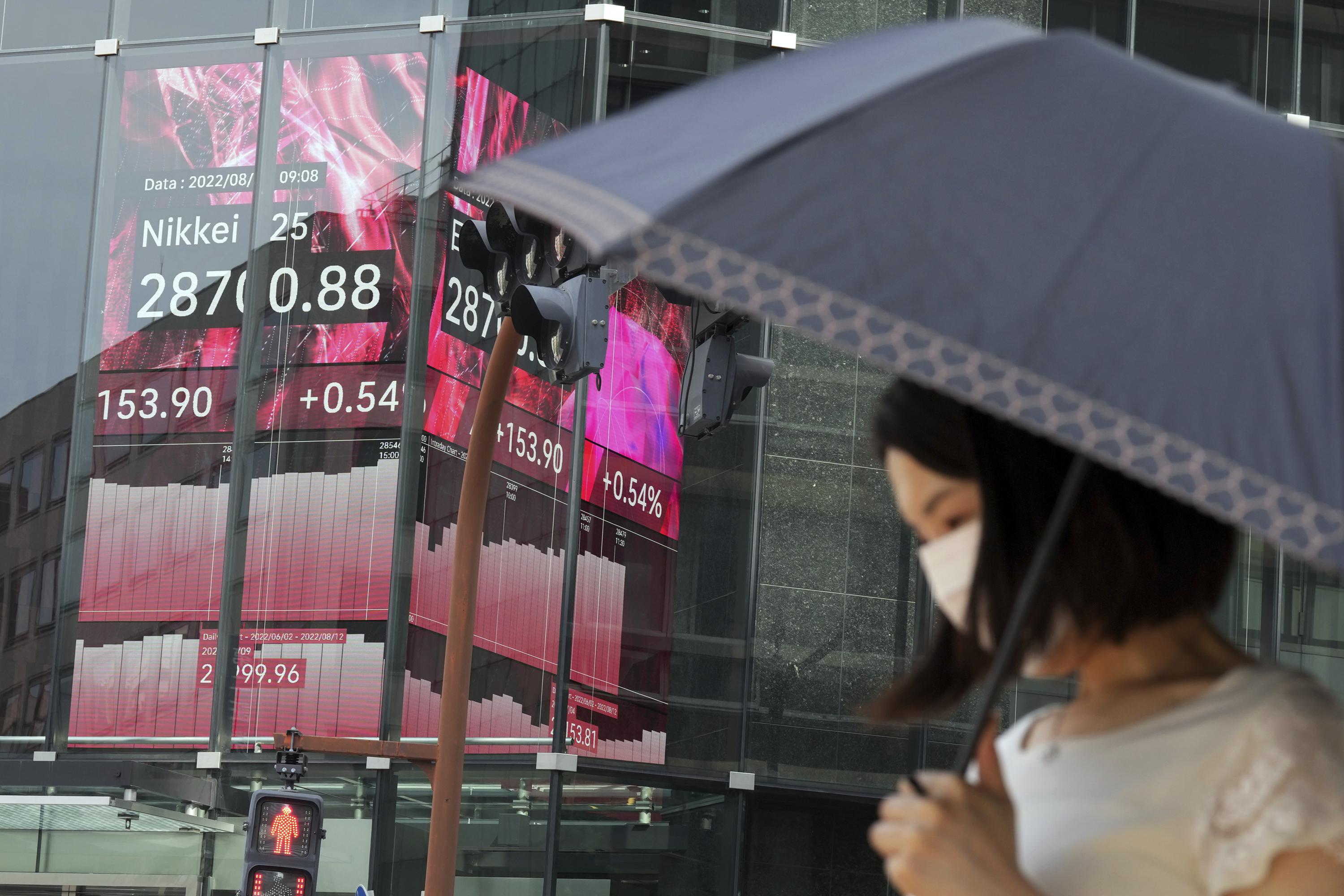 BANGKOK (AP) — Stocks were mixed in Asia on Monday after China’s central bank cut a key interest rate and Japan reported its economy grew at a faster pace last quarter.

The People’s Bank of China cut its rate on a one-year loan to 2.75% from 2.85% and pumped another 400 billion yuan ($60 billion) into loan markets after government data showed the factory production and July retail sales weakened.

Beijing is aiming to shore up sluggish economic growth at a politically sensitive time when President Xi Jinping is reportedly trying to extend his grip on power.

The ruling Communist Party effectively acknowledged last month that it could not meet this year’s official growth target of 5.5% after anti-virus measures disrupted trade, manufacturing and government spending. consumption. A crackdown on corporate debt has plunged activity in the broad real estate sector.

Meanwhile, Japan reported that its economy grew at a rate of 2.2% in April-June from a year earlier as consumer spending rebounded as COVID-19 restrictions were lifted.

South Korean markets were closed for a holiday.

The Bangkok SET index edged down 0.1%. The Thai government said the economy grew at a quarterly pace of 0.7% in April-June, slowing from 1.1% growth in the first quarter of the year.

Tourism has rebounded after two years of tight controls to combat COVID-19, but only to around a quarter of the pre-pandemic level.

“The outlook for the rest of the year will largely depend on how quickly tourism recovers,” Gareth Leather of Capital Economics said in a commentary.

On Friday, Wall Street capped off a choppy week of trading with a broad rally, as the S&P 500 posted its fourth consecutive weekly gain.

They have raised hopes among investors that inflation may be close to a peak and that the Federal Reserve may ease interest rate hikes, its main inflation-fighting tool.

The aggressive pace of rate hikes has investors worried that the Fed could drag the economy into a recession.

The 10-year Treasury yield fell to 2.84% from 2.88% on Thursday evening. It remains below the two-year yield. This is an unusual reversal of the expectation that borrowing money for a longer period should cost more than a shorter period. When investors demand a higher yield in the short term like 2 years than a longer one like 10 years, some investors see it as a reliable signal of an impending recession. The economy has already contracted for two consecutive quarters.

Investors can also gauge the health of the housing market when they receive a home sales report for July and the latest earnings from Home Depot.

In other trading on Monday, the benchmark U.S. crude lost 82 cents to $91.27 a barrel in electronic trading on the New York Mercantile Exchange. It lost $2.25 a barrel on Friday.

Brent crude, the price basis for international trade, fell 83 cents to $97.32 a barrel.